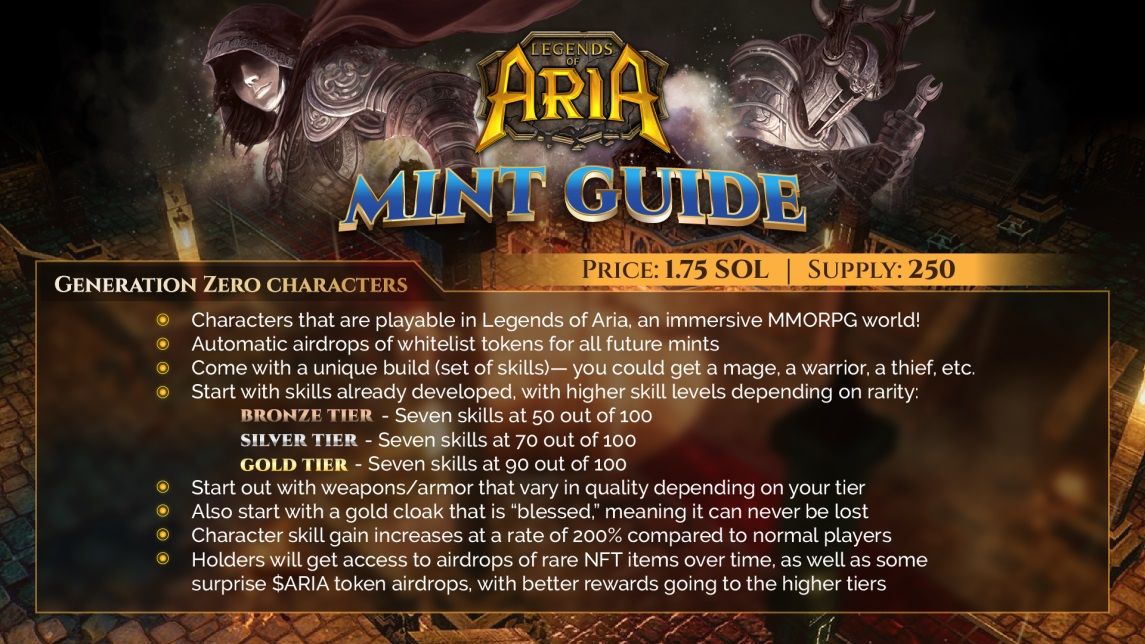 Each week, we scour the internet for all things indie MMO-related, so you don’t have to. This week, Zenith is up for an award, Book of Travels gets a new roadmap, and several devs put out their monthly updates.

There’s plenty of other stuff going on as well, so let’s quit wasting time and get started with this week’s Indie MMO Spotlight.

Whether it’s by raft or sailboat (or possibly something bigger?), a new video posted to BitCraft Twitter shows what players will see when they leave land and travel on water. And if you still have some questions about BitCraft, be sure to ask them on the Discord channel. Periodically, the devs swoop in and fire off some answers, like they did this week.

The roadmap on the BoT Steam page was updated this week. New items were added, completed tasks were removed, and a few existing items were shuffled around. A follow-up post later in the week answered some questions the community had about the changes.

With so many things to do in Chimeraland’s open-world sandbox, it can oftentimes be difficult to figure out what to do. Should you be hunting legendary creatures, making new additions to your house, grouping up with guild mates for maps, or something else altogether? If you’re looking for answers, the Strategy Station is now online. It’s a one-stop shop for FAQs, guides, and other resources to help you find your way.

This week, a forum post from NQ-Nyota covers all of the upcoming changes to honeycomb, with a lengthy discussion thread following in its wake. And as always, this week’s Ask Aphelia (Episode 12) covers all the general questions about Dual Universe.

The State of the Game: July newsletter arrived via email and a forum post this week. The Worldbreaker II stress test starts on August 13th (sigh up today). Other major areas of focus in July were dungeon development, the quest and dialog systems, and much more.

The Seasons Update went live on Wednesday. The full patch notes will give you all the details, but the big news is the addition of Season leaderboards and some city-related updates.

After the last two weekly updates added some new areas to the Genfand map, this week’s update focused on the tutorial rework. The new tutorial should only take players 30-60 minutes to complete, after which they will be treated to a reworked post-tutorial area.

In Weekly Update 328, the dev team tweaked and added some polish to the recently added minigames. Included in the QoL section of the update is the addition of more mass production crafting recipes. And although the map rework didn’t make it into this update, players can expect the new world before the end of the month!

Team 21’s July Dev Blog was posted this week. Instead of the typical update on the work completed over the previous month, this post shed some insight into the games that inspired the team’s careers.

It was announced on Tuesday that there would be an exclusive character NFT sale later this month. The sale will be limited to only 250 NFTs and will cost 1.75 SOL (approximately $70).

The Visitors From Variguj update went live this week. The update marks the start of Season 4 and adds a new region to the map. The full patch notes also include new quests, the addition of Dragon Armor, and a new endgame boss to battle.

Another month is in the books for the M&M team, and that means another dev update was posted this week. Update 23 includes a bunch of character, creature, and environmental artwork along with tech, UI, and design updates.

All Alpha 2 invites have been sent out at this time. If you didn’t get one, check with your friends to see if they have any buddy codes to pass along.

Patch 0.3.8 rolled out this week. Players are now able to wield staves and wands, opening up a whole new world of magic and witchcraft. On the less magical side of things, the full patch notes also mention that cooking has been added to the game.

INSANE took to Profane Twitter to show off some of the cosmetic options that may be available in the shop (Profane will be free-to-play, so there has to be a shop) when the game launches. The tweet assures us that the shop will not have any pay-to-win items and will be filled with plenty of cosmetic items, including skins for your character, ships, and even city structures!

COSMETICS! ?As you should know, Profane will be free-to-play once it launches, and that means players will have access to a Shop with lots of purchasable cosmetic options to increment your story and narrative in the game.Hey, we have to keep the game running somehow! ?? pic.twitter.com/NM9TtVblpY

Project F4E’s next prologue season, Lurking & Slurping, begins on August 11th. Running through the 15th, players will be able to earn Season points which can be used to buy pre-launch items.

Check out the Weekly Development Log #346 to see what Michi thinks about commodities manipulation in the capitalistic world of PU. And be sure to check out the patch notes for the Convergence update that went live this week.

Developer Update #20 shares insight into all of the work completed over the last month, and there’s a lot. Alpha 5 is also completed, with increased viewership and positive player feedback suggesting a bright future for the game.

Update 3.0.0.0 is here, and the Month of the Mad God event is now live. You can read the full patch notes here.

Last week the topic for discussion on the forums was Bearan Lore. We move on to the Boargen Lore this week, and hopefully, it won’t be too boring. And you’re welcome for that bad pun.

It’s time for another Weekly Dev Blog. This go-around, we get a tatsu.gg website refresh, a bunch of concept art, a look at the underwater building blocks, and more.

The Midsummer event is over, and patch 4.82.4 has removed the Twilight Vale portals. The patch also saw some changes to rifts, so be sure to check out the full patch notes.

Alpha 2 is set for September 12th through the 26th. You can find the application here.

Zenith is a VR Game of the Year finalist at the International VR Awards. Do you think it can win out over titles such as Resident Evil 4, Cities: VR, and Star Wars: Tales from the Galaxy’s Edge? 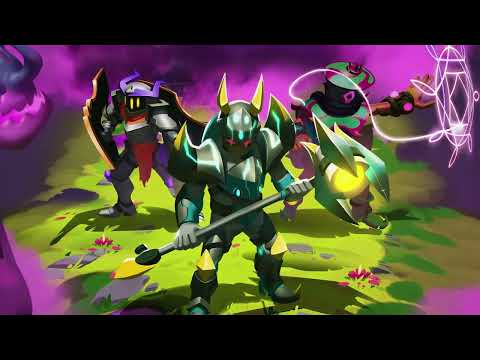 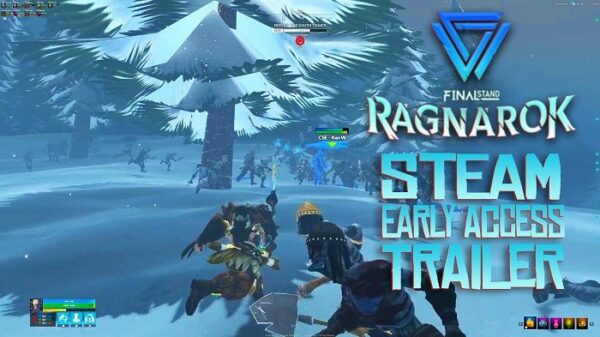 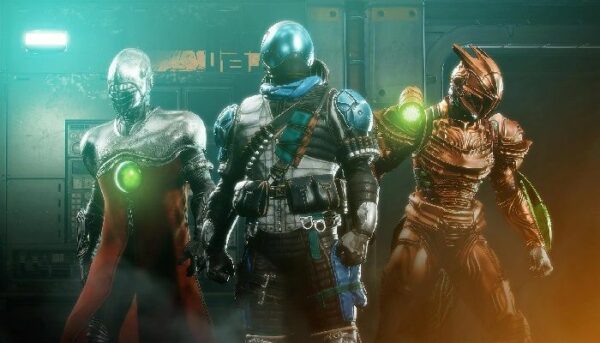 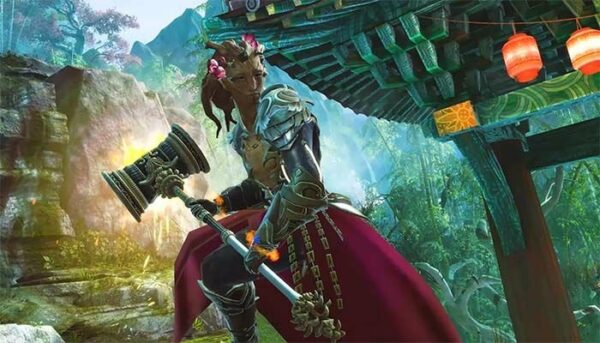 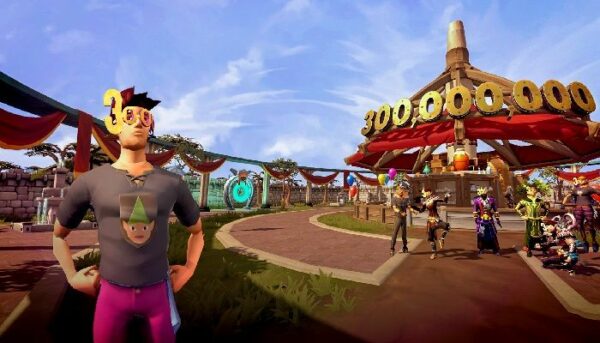