George R.R. Martin, author of the Song of Fire and Ice fantasy anthology that inspired the Game of Thrones television series, wrote a short story titled “The Ice Dragon” back in 1979. In the introduction to that story, Martin makes a surprising claim:

“Ice dragons have become commonplace features of a lot of fantasy books and games in the twenty-odd years since I wrote ‘The Ice Dragon,’ but I believe mine was the first. And most of the other ‘ice dragons’ appear to be no more than white dragons living in cold climes. Adara’s friend, a dragon made of ice that breathes cold instead of flames, remains unique so far as I’m aware, my only truly original contribution to the fantasy bestiary.”

Breaking that bold statement down, Martin is arguing that his ice dragon is unique because it combines two characteristics: it “breathes cold” and is “made of ice.” We know Martin himself was well-acquainted with role-playing games, because he wrote one:

Back in the ‘80s GRRM (as he is known to his fans) was gamesmaster for a super-hero RPG called Superworld. The Albuquerque group he played with – which included science-fiction writers Melinda Snodgrass, Victor Milan, John J. Miller and Walter Jon Williams – created a campaign setting in which an extraterrestrial virus brought to earth in 1946 caused ‘wild card’ mutations among the populace. Those few infected by the virus who didn’t die outright or suffer grotesque mutations were changed at the DNA level and became ‘aces’ – or superheroes, in other words. This campaign would form the basis for the long running Wild Cards series of books which are still edited by GRRM and Snodgrass.

So it seems likely Martin’s reference to white dragons is to Dungeons & Dragons. But who’s to say white dragons aren’t made of ice?

White dragons were introduced in the original boxed set with one line, “White Dragons will be found only in cold regions.” Their statistics tell the rest of the story: they breath a cone of cold, have the lowest hit dice (5-7) and have the lowest chance of talking and the highest chance of being found sleeping. The rules don’t explain the significance of a talking dragon but entries for the other dragon colors imply that talking is a prerequisite for casting spells.

This skeletal framework ensured change the legacy of white dragons in later editions. They were considered the least of the chromatic hierarchy, dumber and less powerful than their more ferocious cousins. There’s no indication of what white dragons are made of, but there is one other clue: there are attacks they’re vulnerable or resistant to, with a hit and damage modifier against them of -1 for water and earth, and a +1 for fire and lightning. Given that water damage does less harm to white dragons, it’s entirely possible they could be made of ice. That booklet predates Martin’s book by five years, published in 1974.

But co-creator Gary Gygax never claimed he invented the white dragon, and for good reason.

The second official Historian of the Oz series of books after Frank L. Baum was Ruth Plumly Thompson, who included all sorts of fantasy creatures in the Oz series. She was particularly fond of dragons, including an ice dragon:

Ruth Plumly Thompson created such a creature in Ojo in Oz (1933). Colored blue and puffing out frost, it runs endlessly around Crystal City, keeping the inhabitants frozen solid.

The dragon is described as being blue, not made of ice, but later when Realbad the bandit kills it (off screen, as this was a children’s book), he explains how:

“There was another kind of body thought,” Realbad reminded him with a little laugh. “A blue dragon’s body. There is your dragon, Ojo. I carried wood from the kitchen, built a fire in the road and he melted away like a snowflake.”

So it seems the blue dragon was indeed made of ice. But Thompson wasn’t the first person to create an ice dragon.

Nesbit wrote about an ice dragon:

And, sure enough, it was a dragon – a great, shining, winged, scaly, clawy, big-mouthed dragon – made of pure ice. It must have gone to sleep curled round the hole where the warm steam used to come up from the middle of the earth, and then when the earth got colder, and the column of steam froze and was turned into the North Pole, the dragon must have got frozen in his sleep – frozen too hard to move – and there he stayed. And though he was very terrible he was very beautiful, too.

This dragon is made of ice through and through, as it melts later (a common theme when it comes to dragons made of ice) but does not breathe ice. It does turn everything that touches it to ice however, and it’s implied that the dragon’s presence freezes things.

So it’s clear that ice dragons aren’t unique. And neither are white dragons, who have a long history in mythology.

The Historia Brttonum, a purported history of the indigenous British people, contains a story of King Vortigern and Ambrosius, who reveals a disturbance caused by two dragons:

The relevant story takes place at Dinas Emrys when Vortigern tries to build a castle there. Every night, unseen forces demolish the castle walls and foundations. Vortigern consults his advisers, who tell him to find a boy with no natural father, and to sacrifice him. Vortigern finds such a boy, but on hearing that he is to be put to death to solve the demolishing of the walls, the boy dismisses the knowledge of the advisors. The boy tells the king of the two dragons. Vortigern excavates the hill, freeing the dragons. They continue their fight and the red dragon finally defeats the white dragon. The boy tells Vortigern that the white dragon symbolises the Saxons and that the red dragon symbolises the people of Vortigern.

There is no indication that the white dragon is made of ice or breathes cold, but it may provide a clue as to the origins of Gygaxian chromatic dragons. If that’s the case, white dragons got the losing end of the deal, as the white dragon in this story is the red dragon’s equal.

So Who Created Ice Dragons?​

Martin was careful to explain that he considered the combined characteristics of a dragon made of ice that breathes cold to be unique. It’s a fair interpretation. Dungeons & Dragons never explicitly said white dragons were made of ice, and later iterations were definitely flesh-and-blood creatures. Conversely, only a close reading of Thompson’s work makes it clear that the blue dragon is made of ice and breathes cold, due in part to its death explained after the fact. And of course, white dragons have been around in myth as long as dragons have been in legend.

It’s clear that Martin’s ice dragon owes a debt to all the dragons that have gone before, including its measly ancestor, the underappreciated white dragon.

Your Turn: Are your white dragons made of ice? 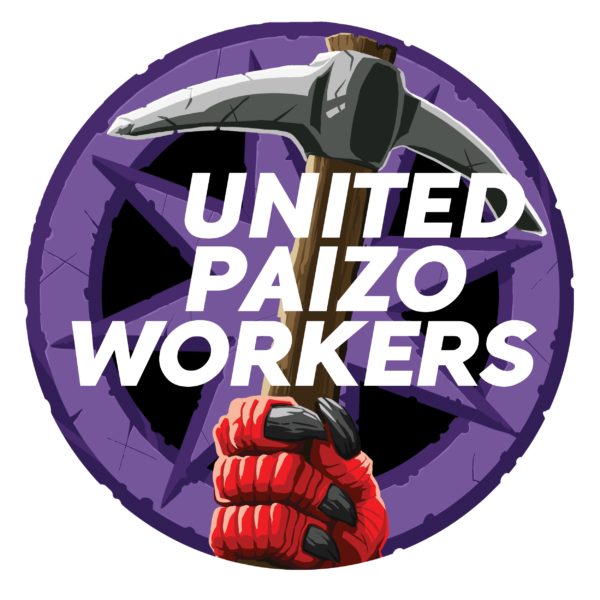 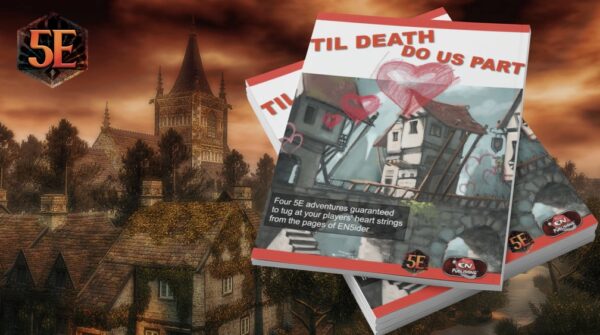 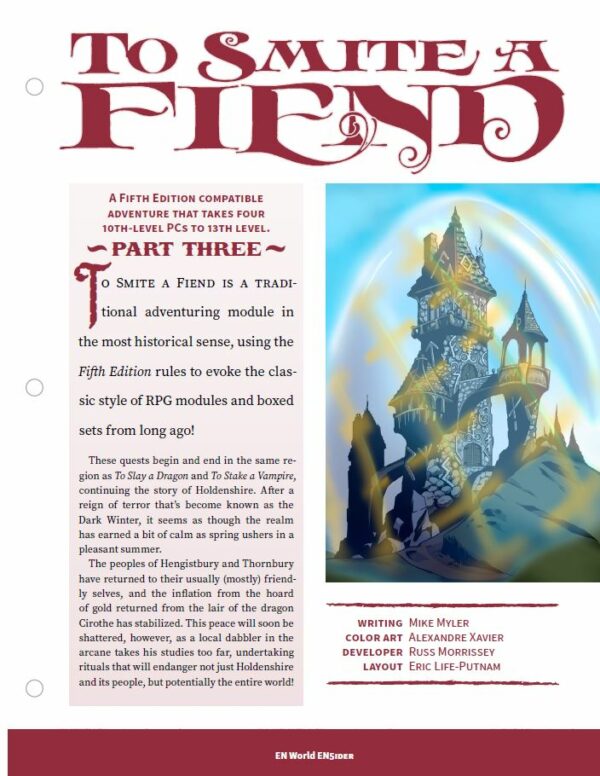 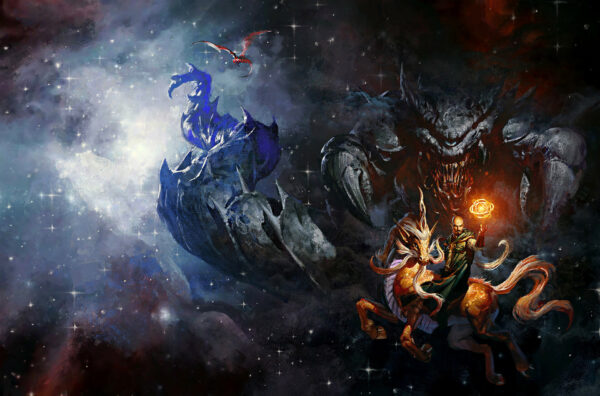 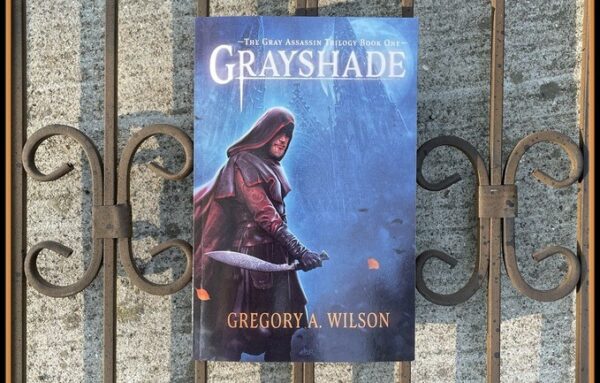 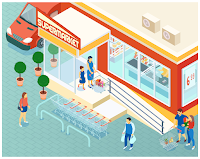 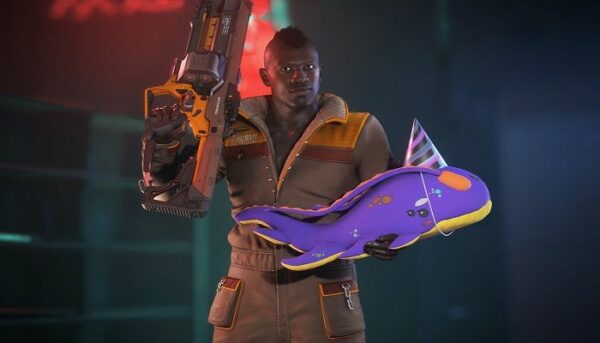 Next post CitizenCon is This Week, and Star Citizen Will Give Backers Digital Gear and Space Whale Plushies